I think most people have their own personal experience of him that when written on here won't sound like a lot but when you combine the whole thing and the fact it was everyone that spoke to him that felt the same way, there just wasn't a choice in then end.

Unfortunately, in the view of many, there wasn't a choice much earlier on. However, in my view, we were let down. This is somewhere we should have been able to come to further our enjoyment of Blackout Rugby. That wasn't the case while he was around.

We all have our own stories, some of us have many stories. Here's one of mine.

Hopmans ran for journalist, he lost out to M, he was made an assistant to M and meant to be looking after the CCs (I'll leave it to M to explain why he was an assistant...). M had also got a whole heap of assistants in place and had them writing articles, one chap was in charge of reporting on Div I (said chap was not Hopmans). Now, M unfortunately had to step down from the role and thus a new election was created. It was at this time that our dear Hopmans then decided to post this news "Until there is a chosen journalist I will do a div. I report for now", pissing off the assistant M had covering Div I and making the time and effort they had put in that week worthless.

I ran for the journalist position to keep Hopman's out of it and make sure the assistants that M had put in place continue to do the great job they were doing. I won and then this happened.

It's quite possible that Hopmans has entered all conversations with goodwill and a genuine attempt to help, and it just on repeat basis goes wrong, very wrong.

Time after time he's managed to wind a lot of people up with assertions that they're wrong and he's right, and it's gone on and on and on and on and on and.... So much so a good number of people who used to use this board moved nations and some just stopped using offsites and/or BR. It'd be worth noting that when people have moved nations within BR, and moved offsite websites to get away from him on here he's then followed them and had to be banned from new websites too. I know when he was going on and on on this website he was asked to calm down and/or stop many times, not everyone asked politely and that perhaps could've been handled better too, but I know I asked him politely on a number of occasions and such warnings weren't heeded. I honestly don't know whether he's genuinely trying to help and just has some issues around how he tries to help, or if he's just trolling and looking for responses, or some mix thereof, but a happy place it hasn't been and thus was the decision of a former admin to simply put a ban in place, and there's now a bit more security around joining the site, which in many ways is a shame.

There have been instances, many instances, where Hopmans has proved useful to a number of managers with advice on BR, and that a number of those he's ended up annoying and seemingly tried to have report on people behind their backs doesn't negate some of his efforts have been well received. But when he's been allowed back he's ended up winding up a lot of people again, and even if some of that is a legacy issue and some might say can't we move on it is what it is, and essentially it's being deemed the needs of the many outweighs the needs of the one by keeping the ban in place.

There have also been jobs he's had within BR additional to his undertakings on here, and he's often fond of noting jobs held, whereas in reality he's seemingly done nothing, delivered very little very late, caused ructions within BR (and lost the BR job into the bargain) and then claimed he's done nothing wrong and it's not his fault. The item above that Flo noted was tremendous fun as Flo and I got to spend needless hours messaging people in other nations to find out what (if anything) had happened/been agreed, and it sadly seems par for the course.

Where we are now is some people would give him another chance, some want to see a much longer period of not causing problems before considering (yet) another reprieve, and some people would prefer just not to hear from him again.  Given I quite like being lazy I'm not minded to want to have to more actively moderate the board so there are no changes in the offing, if I did reach a point where I was minded to change the situation on the ban it'd be discussed before any action was taken. I am conscious that I don't like the idea of an indefinite or lifetime ban, and too that Hops is training some England u20s and offering at this time to aid Dazza with the u20s, but to me at this time that doesn't change the position, it's not an ideal position, but I've not lit upon on a better alternative.

If I can just add there are a number of stories out and about which I suspect a number of people may have heard about. Some of those stories involve peoples' real lives away from here and BR, and I'd prefer not to see any details about those posted up, and some of the stories relate to reports made in BR, whether we agree with the rule or not I'd also prefer not to see people dragged into any grief with the game mods over what's discussed here, either by details given here, or people running back to BR trying to report comments made on a site separate to BR if one which includes as its member quite a few actual BR managers.

Waves hi to all the lovely fellas on the offsite 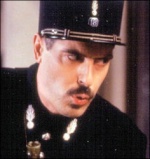 Pretty quiet round here these days.

Page 2 of 2
Permissions in this forum:
You cannot reply to topics in this forum
Latest topics
» Welcome! Introduce yourself here!

» A very happy new year to all on BREngland